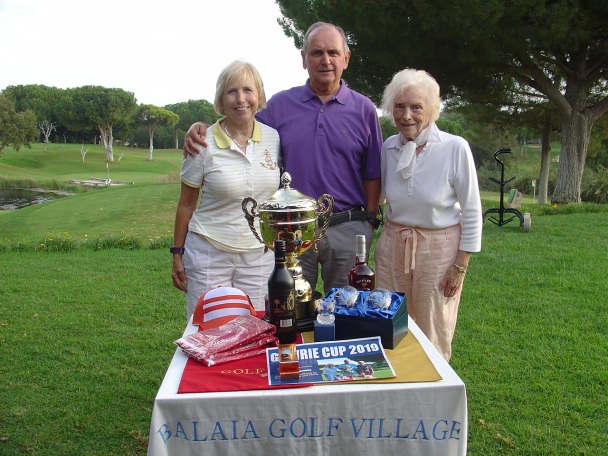 On the 30th of October 2019, Balaia Golf proudly presented the 18th Edition of the very first Special Tournament held at Balaia, the Gowrie Cup!! Our dearest Doris and Dan McNaughton first started this tradition back in 2001, and Rosanne and Hugh Gowrie took charge of it in the last years, of a Tournament with almost two decades of history!! 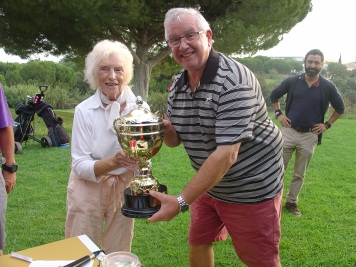 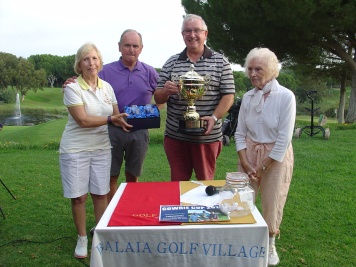 The Gowrie Cup was played on a strokeplay format, and the Winner of 2019, playing with a handicap 22 and with 21 strokes was again… Balaia property owner Robert Nicholas!! Robert was the reigning champion of the Gowrie Cup with his victory in 2018, and he renews his title this year!! Doris McNaughton delivered the Gowrie Cup Trophy to Robert and Rosanne and Hugh Gowrie presented Robert with his prize!! Congratulations!!! Great performance, 5 over par! 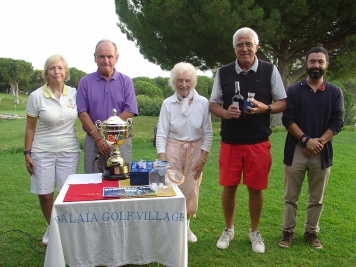 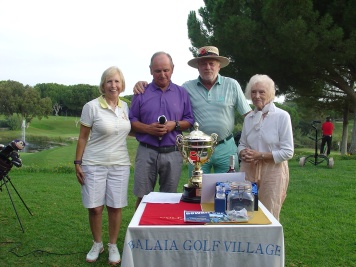 Balaia friend Alain Robert won the 2nd Net Overall prize of the Competition with a handicap 24 and 25 strokes! And Gilbert Mittler won the Best Net Gents prize with 26 strokes!! Welll done gentlemen!! Both received their prizes from the Gowrie Cup hosts!! 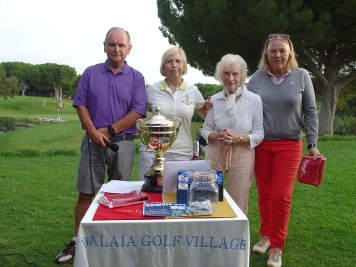 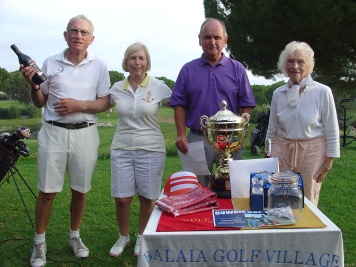 Chris Oostens won the Best Net prize on the Ladies category with 28 strokes,and Balaia property owner Peter Hopkins was the winner of the Best Gross Overall prize with 34 strokes!! Chris and Peter also received their prizes from Doris, Rosanne and Hugh! Congrats!! 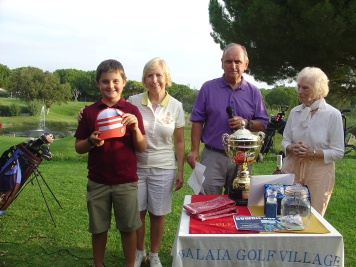 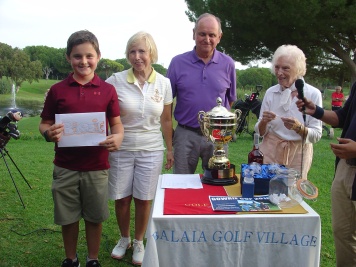 Oliver Barlass was one of the stars of the Gowrie Cup 2019! Oliver played his round of golf with 21 strokes and won the Best Net Juniors prize of the day!! And Oliver also secured the Nearest to the Pin and the Birdie Chance prizes too!! 3 prizes for Oliver Barlass, you’re on top of the world kid! 😀
We have to say we had 3 junior players on the Gowrie Cup 2019, Oliver and his brother Joshua Barlass, and Oliver Bryant, and all 3 played on a very good level. Joshua didn’t get to the prize but finished his round with the same 21 strokes as his brother, and Oliver Bryant playing with handicap 13 delivered 26 strokes on his round. Well done boys, and congratulations once again to Oliver Barlass for your prizes!! 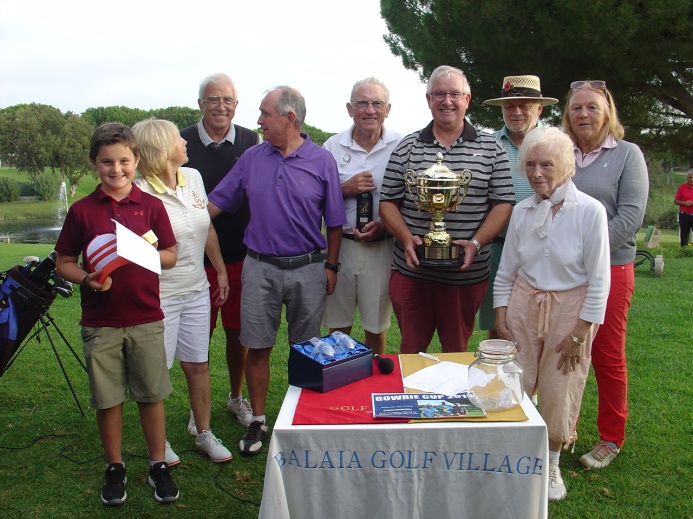 By the end of the day the Gowrie Cup 2019 was another great Edition and a great success!! Everybody loved it! Many of our property Members and Balaia friends came by and enjoyed a very satisfying afternoon of tournament and friendship!! We wish to contratulate Robert Nicholas as the big Winner of the 18th Edition of the Gowrie Cup and congratulate all the other prize winners of the tournament too, that was Oliver, Alain, Peter, Gilbert and Chris!! Thank you to Doris, Rosanne and Hugh for carrying on with the Gowrie Cup legacy! Our team at Balaia Golf is very proud to welcome you every year! See you all next year for the Gowrie Cup 2020!! 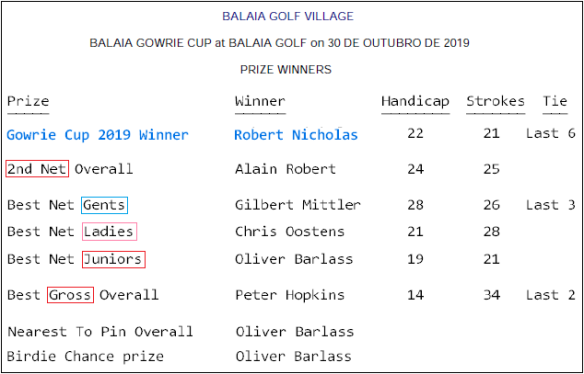